QUESTION: Prophet Muhammad (SAWS) commanded us that we (the ummah) should not die without a will so as to prevent fighting over inheritance. Why then, did he not leaven a will to state clearly who would take over leadership of the Muslims to prevent the infighting that started upon his death?

The Prophet (SAWS) did leave inheritance for all Muslims to benefit from: knowledge. His will (SAAW) was to carry on the message of Islam. It was narrated that the Prophet (SAAW) said “Prophets did not leave a dinar or a dirham as of an inheritance but rather they left knowledge and one who have held on to it would have enjoyed lots of luck.” Hadith narrated by Abu Daoud, Tirmizi, Ibn Majah, and Ahmad,

In the Qur’an it stated very clear that matters of Muslims should come back to them in consulting each other. Allah (SW) said: {and [conduct] their affairs by consultation among themselves} 42:38.

From these two references we can conclude that the reason the Prophet (SAAW) did not assign a leader among him was for the well-being of the values that he (SAAW) spent all his life calling people for it true representation of people and honoring knowledge. 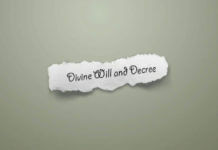